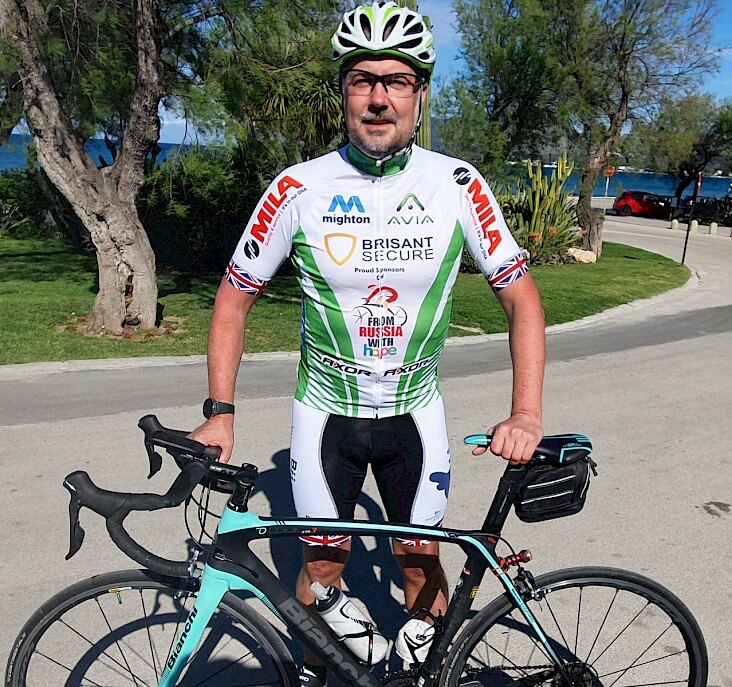 Dean Hodges, the MD of Tewkesbury-based business BM Aluminium is taking on a major cycling challenge over 12 days in June to raise money for Hope House Children’s Hospices.

Starting on 10 June, Dean will join a team of 18 from across the UK window industry as they ride through 10 countries in 12 days all the way from St Petersburg, through Scandinavia, Northern Europe and into the Arctic Circle ending up at the Hope House hospice in Oswestry.

This will be Dean’s third ride with the GM Fundraising team, having taken part in the Route 66 challenge in 2013 and the Border to Border epic in 2016, so he knows exactly what to expect. He’s stepping up the training in preparation for the 2,730 miles that lie ahead and packing extra lycra for the days when the route ventures into the Arctic Circle.

The cycling marathon, known as From Russia With Hope, has the team covering all their own costs so every penny they raise in sponsorship will go straight to Hope House to support the amazing work they do caring for life limited children and their families.

Dean Hodges comments, “We’re aiming to average 280 miles a day so I know it’s going to be tough. Being based at Brockeridge Park just off the M50 near Tewkesbury is also really handy, as I’m able to don my lycra at lunchtime and after work to get some all-important cycle time in during the working week.

“None of us is getting any younger and this is likely to be the last long-distance ride the GM Fundraising team does. Over the years, we’ve raised nearly £2,000,000 for some fantastic charities, the bonus is that we can do it while doing something we love – although I’m not sure I’ll be saying that after nearly 3,000 miles in the saddle.”

If you’d like to sponsor Dean, you can do it here: https://www.justgiving.com/fundraising/hodgesfrwh